NM gull i TempO til Geir 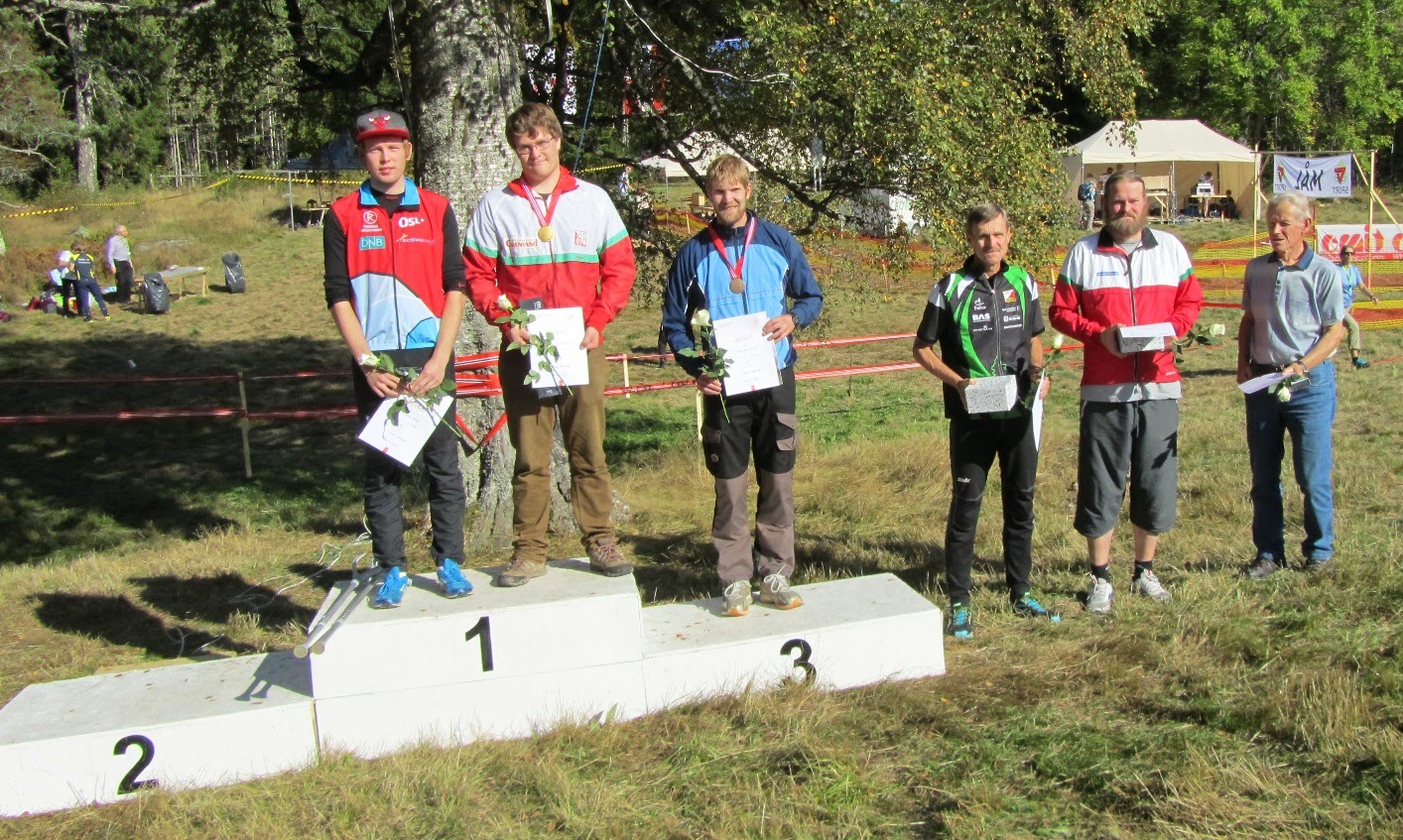 In the occasion of Martin spending his autumn in the US, here is a blog post written in english for a change. 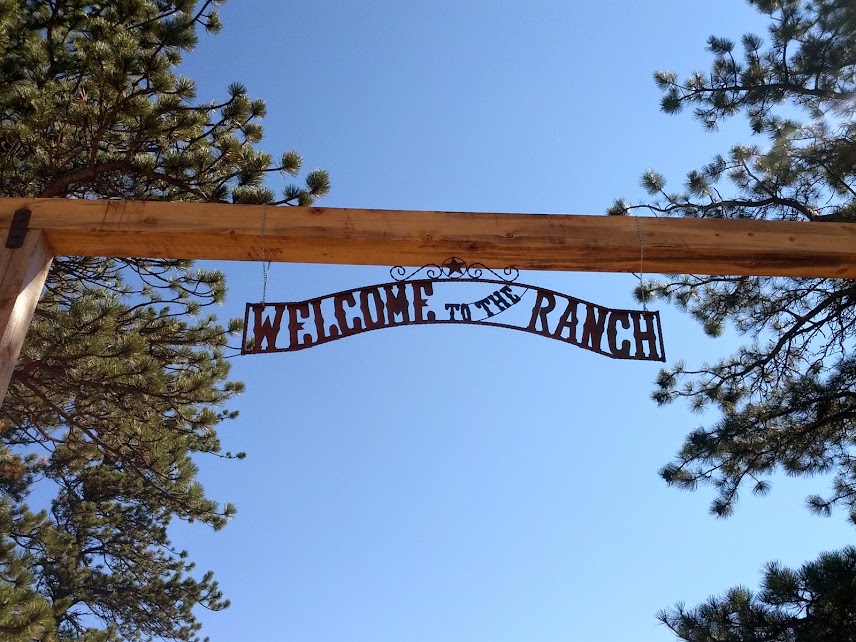 The date was August 9th, the place was M Lazy C Ranch say 40 miles west of Colorado Springs, Colorado, the elevation was 2500m (higher than all of Norway!) and the event was the US TrailO championships. It was organized together with the US Classic Orienteering Championship.


In total 53 competitors took part in the TrailO champs, another 13 people did the recreational course. That certainly is an impressive amount of people we can only dream about getting to the national champs in TrailO in e.g. Norway in the near future. It is certainly worth mentioning that most of the competitors also did the FootO, actually also the planner and main organizer, Sharon Crawford, ran the same day she organized the competition. I had realized this upon making my entry, so of course I entered as well. A day before the event I did however realize that the course I had entered was way to though considering my training hours the last month, the elevation and that I really didn't want to be exhausted when doing the TrailO -- after all that was why I was there. So I chickened out and managed to change class, sort of... Something went wrong so I ended up running the same course as "the elderly" (F65 and M75 and beyond) and being placedin the F95+ class as the only competitor, and disqualified (I did punch everything correctly, but they didn't want to make a hazzle for the prize givings etc.) The course was 4.3 km long, flat, extremely good visibility and only one route choice to each control: straight! I did it running 4.458m, in 24'27'' and had 14 minutes down to the second best time, which in their defence really isn't who I should compare myself to...

Let's return to the TrailO. The competition started off with something new for me: Timed controls using SportIdent! You punch to start when you are ready and may then remove the cover sheet, you solve the controls and punch in the right boxes as you go. There might be some problems if you want to say the same flag consecutively, but otherwise it worked out well. The terrain was well suited for trailo, the map was eeh, far from perfect, but I was perfectly aware of that before I started and adjusted my technique according to that. I finished the 16 control course just below the time limit, as usual. This time I was a little lucky in terms of the timing as when I realized there was no additional puncher to start the timing for the course, I had taken it for granted that the timing started when I punched the last control on the timed control, but actually it was suppose to start when I punched the starter BEFORE the timed controls. Anyway, I had a 16 seconds margin and everything turned out fine. I was not overly enthusiastic when I realized I had 3 mistakes, but speaking to people I turned out I was not alone doing these mistakes -- and most people had done some additional ones as well. Sooo, complaints were made, not one, not two, not three.... A LOT! Apparently this was not an uncommon sight at US events. As I was only experienced TrailO competitor not competing for the US Champs trophy (only US citizens are allowed to do so) I was asked to replace a protesting jury member.

I had never been in a jury before, and this was certainly a good time to do it as it was an important event for the others, but not for me, hence I accepted it. I was sent out in the forest with 3 other jury members to check out 5 of the 16 controls on the course. I don't think any of us expected that we would be out in the forest for more than 3 hours, missing the whole banquet and being interrupted by the darkness. The jury process was interesting -- much harder than I expected and I we could certainly have argued well for other solutions to the protests in the end. I certainly got more respect for jury decisions after this experience. We ended up voiding 2 of the controls. Also, a new rule for US trailo events (probably introduced to decrease the number of protests) says that those making a control protest that does not lead to a voided control should get half a point penalty if the jury does not decide to waive it. We ended up waiving the penalty for two of the unvoided controls, as we were close to ending up voiding them, but upholding it for the last unvoided control as the majority of us though that it was unnecessary and unreasonable to protest on this control. I think the idea behind this rule is good, even though I am not sure whether it is the way to go. It will however be very interesting to see if it actually gives the intended effect -- and not just that protests are only signed by the poorer placed competitors...

Anyway, I had a very nice time in the forest and it was very nice getting to know the other members in the jury and discussing mapping issues and solution techniques with them onsite. One thing that really caught my mind working in the field was that on a map that was upscaled from 1:15000 the compass seemed to be very frequently used. Personally I did not use a single bearing (I did one just to test and it was completely off), but put my compass in my pocket and read the map, and I think that worked out fairly well.

In the final results I ended up on a fine second place. I always want to win, but I was happy with a second place over here in my first TrailO event outside Europe, and I did fortunately beat Marc Laurenstein. The winner of the US Champs in TrailO 2014 was Mike Poulsen, CROC.

To wrap it up, it was a very nice weekend, I did meet a lot of very friendly TrailO people and it certainly was a pleasure taking part in the competition. In order to catch my flight on Sunday I did make it to the Sundays FootO event, which was supposed to be more challenging (there was no TrailO on Sunday). By the way, I visited Pikes Peak 4300m above the day before the competition -- it was simply amazing!


Maps and results from the trailO event are as usual available in our map archive.
Back in California I have an uspecified plan of arranging a TempO training/small competition/something at the Stanford campus. There exists a map of the campus which actually is well suited for sprint, but it is drawn in 1:7500 and then obviously generalized to much for trailo. Also, the campus is being rebuilt continuously, so even if the map is just 4 years old, some area are unusable.  Hopefully I will have time to do some mapping in order to make it work for the purpose. Only time will tell...


(Next weekend it is time for the Norwegian Champs in TrailO, which I will not compete in for the first time since I started doing TrailO 6 years ago. It is hard to guess a result, but somebody have to get the pressure. I think the gold will go to Geir Myhr Øien in PreO and Vetle Ruud Bråten in TempO (after a really tough fight with Lars J. Waaler). And watch out for Sigurd Dæhli! 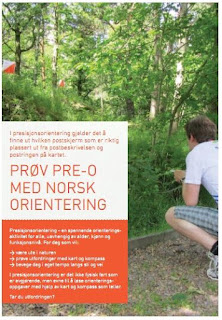